Auditions are underway for Charlottesville Opera

CHARLOTTESVILLE, Va. (WVIR) - If you love to sing and act, there’s a perfect opportunity for you: Charlottesville Opera is gearing up for auditions!

“This summer we will be producing the Sound of Music and the Merry Widow as part of our 45th season, and we want you. It’s audition season. If you’re interested in our emerging artist program - being a part of the chorus, an acting role, one of the children’s roles 5 to 16 - we want to hear from you,” Artistic Director Caroline Worra said.

The audition deadline for emerging artists is February 14. All of the others are due by February 16.

Said Worra, “I am thrilled to accept this new position as Artistic Director especially after having served as Director of Charlottesville Opera’s Emerging Artist Program in 2021.  I know first hand the high quality of the company’s performances with professionals from across the country.”

Said Newkirk, “Having a world acclaimed artist of Caroline’s stature committed to Charlottesville Opera is a tribute to the quality of this company and our community.  We look forward to the leadership she will bring.”

Said DeMarea, “Having known Caroline for many years, I am thrilled that she has accepted this important position.  She contributed immeasurably to last season’s incredible success in the midst of a pandemic and will bring extraordinary artistry to our exciting 2022 season.” 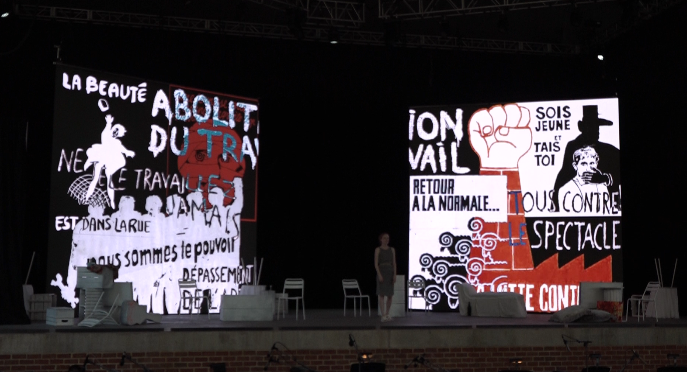 image via CBS19.com
​CHARLOTTESVILLE, Va (CBS19 News)--After nearly 18 months away from the stage, live theatre is back in town.
The Charlottesville Opera opened their production of "La Boheme" Thursday night at the Ting Pavilion.

According to the opera, this is the first theatrical production ever on the pavilion stage.

They say it's one of the first live theatre performances to come back anywhere in the country.

One actress says she’s overjoyed.
​
"Just having a moment together, ya know, that's what we're here for in a live performance. to create this beautiful moment and allow ourselves to dive into some emotions and things that I think we all need to do together as a community,” said Jessica E. Jones, singing the lead role of Musetta.

Charlottesville Opera prepares for return to stage with historic performance​

image via NBC29.com
​CHARLOTTESVILLE, Va. (WVIR) - For the first time ever, an opera is coming to Charlottesville’s Ting Pavilion and for many performers, it’s the first time they’ve been on stage in front of a crowd in over a year.
Charlottesville Opera is turning the page from pandemic to performance.

“Just enjoying making art again has meant so much to us,” said Stephanie Havey, the director.
In front of a small ‘rehearsal’ audience on Wednesday, the Opera prepared for its first showing of La Bohème on Thursday, which will be performed in front of a larger crowd at the Ting Pavilion.

“That vibrancy of having an audience and understanding that shared experience is unlike anything else,” said Jessica E. Jones, who plays the role of Musetta.

The audience on Thursday, and for the second show on Saturday, will be watching these opera singers in the pavilion’s first-ever theatrical performance.

“There’s just that added energy,” said Charlottesville Opera General Director Christina DeMarea. “There would already be energy in such a cool space and being outdoors, but it’s just heightened up that much more.”

The opera is set in Paris just before the 1968 protests. Havey says the similarities between the show and our current world make this performance really timely.

“This is a joyful story that centers on a love story, but it’s also within the context of unrest in the world,” she said. “We hope that audiences will be able to connect directly into the story that we’re telling.”

That story is soon to be shared together with an audience after over a year of separation.

“Being able to connect to people, and to be able to hopefully change their lives in some small way for a minute, for a night, for a moment, maybe for a longer time than that, and to create a little beauty in their lives,” Jones said.
​
Charlottesville Opera says it has used the new technology, like the pavilion’s LED screens, to create an atmosphere and setting that connects Paris in the ‘60s to our current world.

​In years past, Charlottesville’s opera fans spent summer evenings settling into seats among the boxwoods at James Monroe’s Highland estate. They listened to stirring arias as stars began shimmering in the sky behind the stars on the stage. And, if you were lucky, you might hear a peacock shrieking its approval of a coloratura soprano’s sparkling turn.

This weekend, Charlottesville Opera is heading back outdoors to open its 43rd season, keeping pandemic safety precautions in mind while offering a fond nod to tradition. Performances of “Broadway in the Park” will begin at 7 p.m. Friday and Saturday at IX Art Park, and although listeners will hear some ambient traffic sounds, no peacock feathers will be ruffled in the making of the music.

For listeners, it’s an opportunity to get outside and spend a summer evening revisiting favorite musical theater songs and soaking in new-to-you Broadway tunes.

READ MORE
Thank you to Sarah Robinson of CBS19 News: Charlottesville News First for this article highlighting love at the opera! 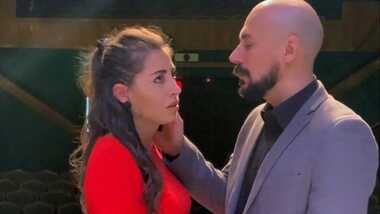 CHARLOTTESVILLE, Va. (CBS19 NEWS) -- The pandemic has affected everyone, and has made life harder in numerous ways, but love is one thing that keeps people going, even through hardship.

Bob Bennetta and his partner Diana have been together now for 15 years. He says her support in all of his endeavors is so special to him. "I played right around the corner at Fellini's for 16 years. I'm a pianist. And, she was there for almost every gig for almost 15 years. So, that's pretty good,” said Bennetta. They chose to keep it simple this year, but he was on the hunt for one special gift for his number one person. “One beautiful rose, you know, with greenery and baby's breath all around it like that," he said.

Another couple, Sanjin and Alex, are celebrating four years spent together. They shared what makes them a perfect match for each other. "Her ability to smile in all sorts of situations,” said Sanjin. “I really appreciate his humor, and his commitment to his goals, and his values," added Alex. Alyssa and Skyler are relatively new to each other, but their love for one another runs deep. "We're actually in law school together so we met through our law school classes. I love how amazingly supportive he is in all of the things that I do,” said Alyssa. “She is incredibly kind and patient," added Skyler.

Tascha Anderson and Michael Gray have a unique story as well. They met through the Charlottesville Opera in 2019.
Their love of the performing arts created a special bond. “We were hired to do the Tragedy of Carmen. I was Carmen, the title role, and he was Don Jose, my opposite. So, we were both the leads,” said Anderson. They tried to keep their relationship strictly professional. The chemistry between them had other plans. Within weeks, they were in love and this past Christmas Eve, they got engaged. While Anderson had a hunch a proposal might be coming, her unique ring was a surprise.
"Michael actually made my ring. It's a piece of silver that he made into a ring. His mother, an amazing mother, gifted me her engagement ring as well, so I have that on my other hand," she said. Since creativity brought them together, he thought it was only fair to bring a creative flair to the proposal, so he followed a tutorial on YouTube. Anderson and Gray recently made a video with the Charlottesville Opera to celebrate their love. Watch it here.

This Artist-in-Residence position is named in honor of the generous support of Mrs. Tessa G. Ader, widow of the late Richard M. Ader. Mrs. Ader's commitment to enabling CO to engage high-caliber singers and musicians is integral to sustaining the artistic integrity of the company. David Newkirk, CO Board President says, “We are very grateful for Mrs. Ader's generosity and are delighted that Sharin Apostolou is our inaugural Ader Artist-in-Residence."
Most recently Christina served as Chief Operating Officer (2016-2019) and Executive Director (1997-2007) at Chicago Children's Choir (CCC) which serves 5,000 youth each year. CCC sets the standard for artistic excellence and ingenuity in youth arts and regularly appears with a wide spectrum of artists from Chance the Rapper to Lyric Opera of Chicago. During Christina’s collective leadership, she worked with artistic leadership to set new standards of excellence, substantially expand programs, increase revenue generation, and deepen financial sustainability through the establishment of the organization's first reserves and endowment fund. Additionally, she has worked with best-in-class institutions such as University of Chicago’s Cultural Policy Center, Common Threads, Wynnchurch Capital, and Jackson Foundation.
Christina is respected for both her artistic and administrative acumen, serving on Chicago’s City Arts Panel, as a member of the Economic Club of Chicago, and as president of the Musician’s Club of Women of Chicago. Christina earned a Master of Music degree in Vocal Performance from Indiana University’s Jacobs School of Music and Non-Profit Executive Management training from Northwestern’s Kellogg School of Management.

​Many thanks to our wonderful videographer, Stewart Searle of Bravi Films.